Is the old LBSL bus stop code accessible anywhere via the API? Eg stop code BP5257 corresponds to NAPTAN code 490G00013448. My use case is that when requesting a bus stop suspension from TfL, the stop code must be supplied and no other form of ID is acceptable. I have a very old CSV file from the old OpenData feed but this appears not to be updated any more. 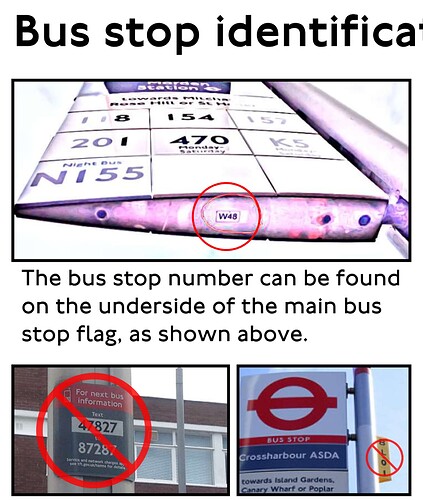 Agreed - a new version of the file setting out the various codes used would be helpful for anything which requires cross-referencing (for example the bus working timetables use the bus stop code while the Journey Planner datastore files use the NAPTAN code). It’s been done in the past so is presumably fairly easy to update.

The rest if this post is not directly relevant to your request but when has that ever stopped me?

The NAPTAN code that you quotes is, I think, a generic code for every stop at Morden Station. My records (from an old file) suggest that the actual code for the stop is 490000151C.

The code 47827 is an SMS code (though not for the same stop!). The code BL01 in yellow is the transit node for the group of stops at Crossharbour ASDA. I think this is probably used in coding origin and destination in travel surveys. In the latest format of the Working Timetables, every transit node code has gained an A prefix, thus BL01 becomes ABL01. Perhaps that makes them unique across the country instead of just in London.

Thanks for this - the codes in the photos were actually from a document produced by TfL on how to find the bus stop code so nothing to do with me. BP5257 and 490G00013448 are both the same stop outside Empress State Building.

Thanks, that actually makes even more sense as the spreadsheet I have shows the NAPTAN code you mention, I thought there had been an error, I obviously need to read up more on clusters/groups

Ah yes, that’s the very file that I’d like to see updated. Or maybe it is hiding in plain sight somewhere?

A little bit of searching around and I’ve found the link to the CSV file but I’ve no idea when it was last updated. Is there any way of identifying new bust stops in the API so I can use a new one as a check?

OK, so it looks as though the CSV file on the link is more recent than my previous file (approx 2018) so I’ll take that as it is being updated. The red dots are the original file overlayed on the new file (purple) so anything purple is more recent. 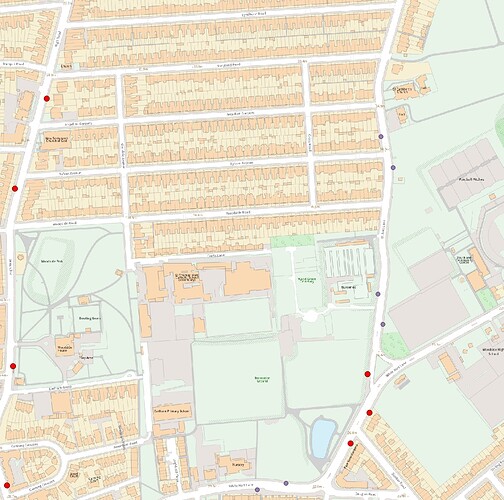