Buses that disappear from predictions API

@harry This sounds 100% like the 97 going Northwards from Stratford City when I used to try and catch it.

Keep up the good work! 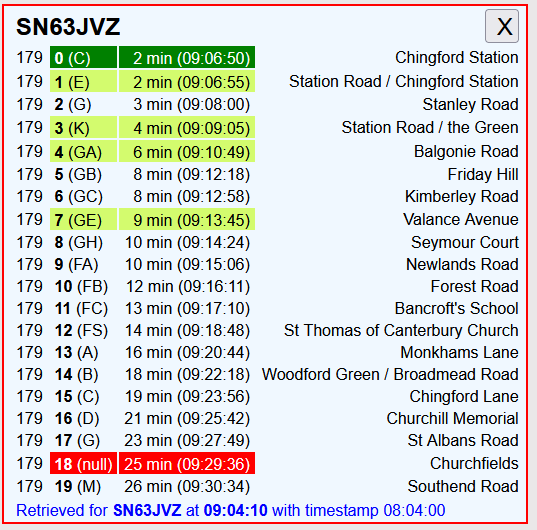 But then no more: 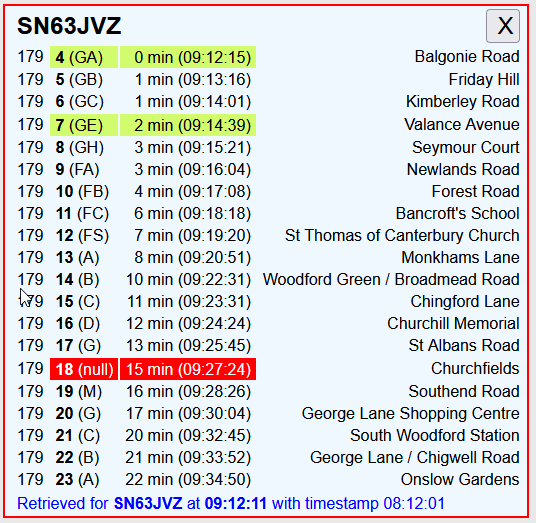 OK, so it’s now showing as being a couple of minutes later than previously expected.
But what happened between 09:04 and 09:12 to make the API think it should be telling everybody that this bus would not arrive at all?

That’s exactly the same as the 97 problem.

And it’s repeated with LX11BGU:

as does LX61DAA a couple of minutes later:

Then a new bus appears, but it’s not apparently coming for 27 minutes (despite this being a regular 7 minute service)
That’s still the only bus showing at 09:21:

That’s not much help if you live 2 minutes from that bus stop, but were told there would be no bus for 25 minutes. It’s coming only a few seconds later than originally predicted ten minutes earler. But again, we need to find out why the API thought from 09:12 to 09:21 that it would not be coming at all.