Can anyone Plz helppppppp me

I have 2 pages on my website and im trying to use the tfl api to display data such as :

Can I presume that you’ve already found the end-point - APIs: Details - Transport for London - API - and been able to execute things like

(you will need your key at some point but it will generally work for you without until you get rate-limited!)

The time it takes… is simples 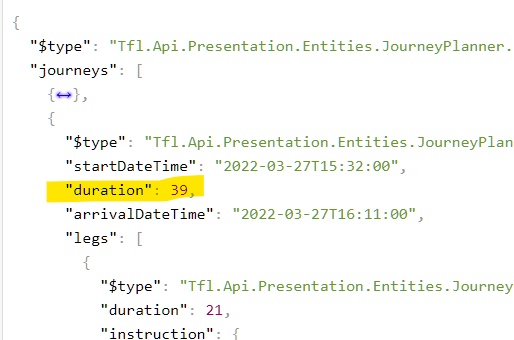 The “All stops on the chosen route” isn’t part of what you get out of here. However, you can cross-ref the data with the likes of

to get the list of stops and their orders.

What line(s) the train(s) use on the selected route…

There are two types of line on the London system… most of the lines are stand-alone and run only their own trains: Bakerloo, Central,

You can tell they are “sharing metals” as they use the same platform numbers.

Sometimes there are times when this looks like it might be happening but ISN’T such as the parallel running of the Bakerloo and Northern Lines between Waterloo and Embankment. 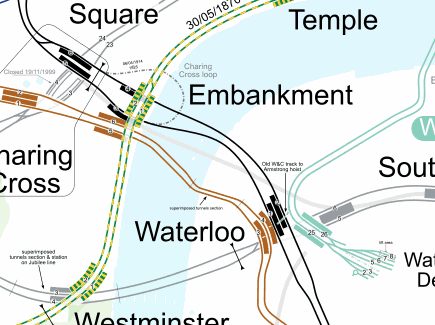 https://api-portal.tfl.gov.uk/ is the reference for the current TfL apis.

Sorry, it’s a bit strange. Go to httpx://api-portal.tfl.gov.uk/signin and then pick “Products” and then " 500 Requests per min and pick yourself a key (app id no longer required!)

When you’ve GOT a key, it’s listed on the “Profile” tab under “Subscriptions”!

This is still a thing? It’s one of the most unintuitive things ever