Enhancement to the Line Status API: Via and explicit stops for entire DisruptedRoute

Hello all, we are about to introduce an enhancement to the /line/{lineid}/status endpoint. All changes are for the DisruptedRoute items under the ‘affectedRoutes’ part of each disruption.

Does this mean we can distinguish when the Overground is closed between Highbury & Islington and Canonbury we can now tell which line? 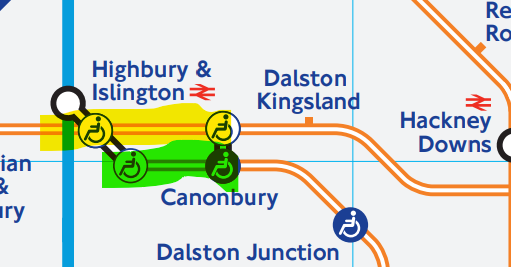 Hi @briantist,
Issues in the map notwithstanding (we have just updated the live map to address at least some of the issues there), you can detect from the response which of these routes is impacted by looking at the ‘origin’ and ‘destination’ of the route section.

So, will the “NLL” report the example yellow outage as being as part of…

and for this bit, where there are three overlaid services with different stopping patterns on the “tube map” proper 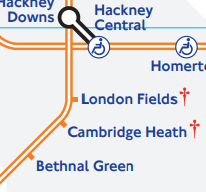 Thanks @briantist, with regards to the map that is a general limitation of the map, a better example is e.g. Green Park where a disruption affecting the Victoria line would have no impact on the Jubilee line. Do we then mark that stop as disrupted? Or not? Same with the connections. Certainly something to consider when we get around to redesign the map. As far as the API response goes though, the appearance of a stop in the stop sequence in itself does not indicate a disruption, only its appearance together with neighbouring stops, which then indicates a disruption on a section of track. In this case several different route sections will be returned, but only the one with a sequence of stops disrupted is the one with an actual disruption, hence the specific Overground service disrupted. Hope that makes sense!

I must admit that I’m using a Directed Graph to store my network data, so each connection is linked from each node to node. This allows me to use Dijkstra to work out the fastest (cheapest, lowest-carbon etc) route with very little CPU.

I start with a DijkstraNode

This allows me to build a Directed Graph which has both nodes (stations) and links (lines) and each has a value (distance or time or carbon-usage).

So, what I personally would love to have is list of effected CONNECTIONS. So your example would give me the data about the connections that were disrupted, say:

This would allow me to rebuild the data-graph for the network with these sections missing, allowing the Dijkstra to work it’s magic. In my world, the station data isn’t important, because if you remove the connections to it, it will disappear from the data-graph.

I would be able to derive a missing station (from a map display) because it wouldn’t be in the data-graph.

Basically, if you want to work this stuff out computationally, it is the connections that matter!

However, despite the success I had in doing an Overground diagram that has no crossing lines,

The node-based one “Tube Map” (with the Liz Line) I did isn’t that good. The idea here is that the interchange stations (including National Rail) are on a grid (TCR in the middle middle) and order priory is given to the station usage numbers (BIG TEXT!) 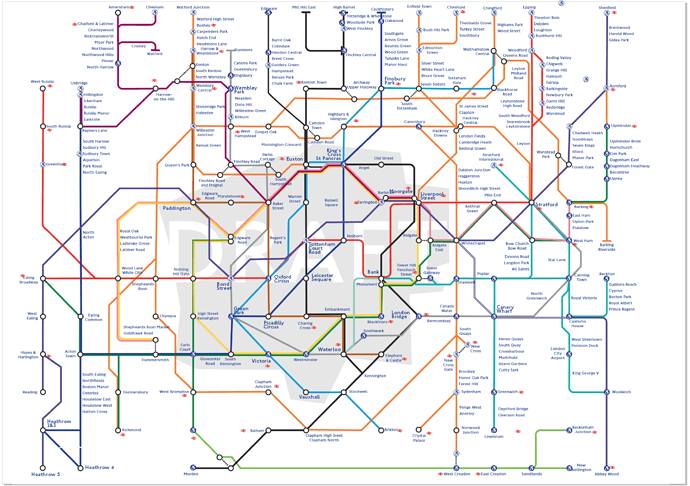 I kind-of-works but it really, really ugly.