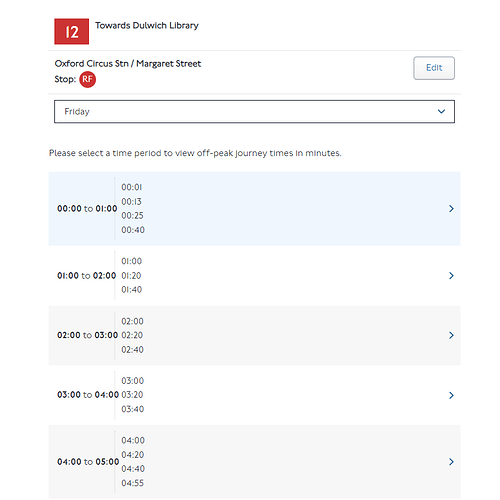 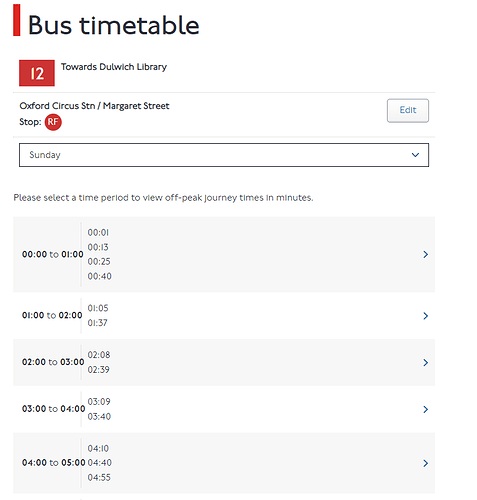 hi @Ajebz - the team have found an issue in the processing of this schedule. They are hoping to release the fixed version tomorrow.

Will keep you apprised.

Thank you for looking into this, i hate to mention this late, but i’ve have found the same issue on the 88. I’m not too sure if this issue goes for services that operates 24hrs a day. Will get back to you if i find more issues like this. 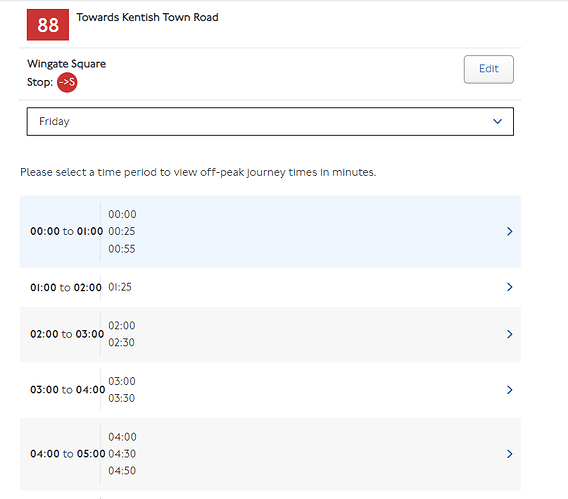 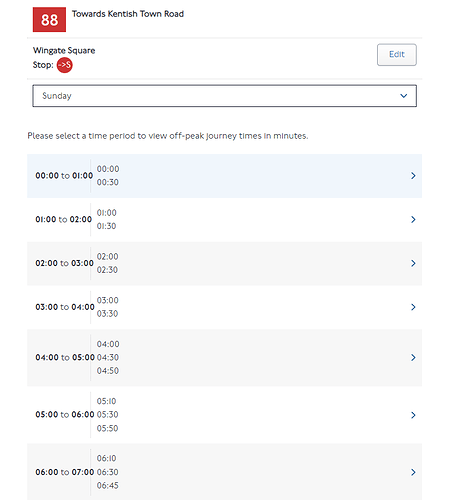 The Journey Planner team are looking into this route as well as checking other schedules for the same issue.

We’ll keep you apprised when fixes are implemented.

The fix to the 12 has been deployed. The team are still working on the 88 and looking at other routes.

A thought here. The issue is consistent with a shift of a day, with ThNt times being used for FrNt and SaNt for SuNt. If that is the case then SuNt is presumably being used for MTNt and FrNt for SaNt. For some routes SuNt does not quite match MTNt and FrNt does not quite match SaNt. In which case it would not just be FrNt and SuNt that needed correction, though at least the frequencies should be right for the other days.

There is an element of ambiguity in the Datastore files as to which overnight journeys run on which day. No ambiguity in the published working timetables as the night and day services have separate schedules.

That genuinely gave me a headache trying to follow that!

I know that the JP team have identified the issue in their import process for these 24hour routes which has existed since the adoption of the new schedules management system in London Buses.

They have now adapted the routine to fix this issue in future and currently working through the potentially-affected routes to ensure they have the correct timetable.

@jamesevans
It’s usually the users getting the headaches, James!

I’d guess that the fix will pick up any such issues with all nights, not just Friday and Sunday.

All hail to Adiona, goddess of the bug-free computer system. Seriously, if I’ve found about ten just in the WTT area, there were always going to be a fair number elsewhere.