Journey Planner change is NOT an improvement

The last dozen times I’ve tried planning a journey I’ve been seeing the unwanted Bus Only journey incorrectly promoted as the fastest journey even though it clearly isn’t. 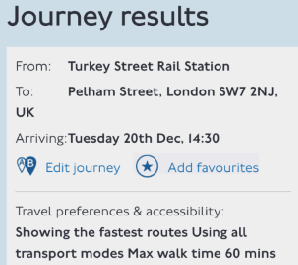 Observe that it specifically says “using all transport modes”. But the first result is: 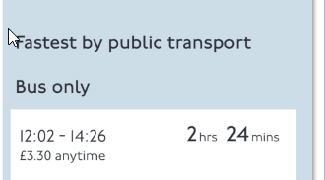 Yet the “other transport” alternatives (all initially hidden) are more than twice as fast. They leave later, and arrive earlier: 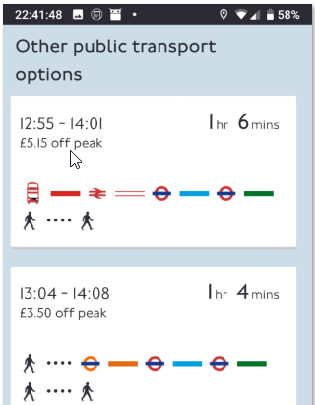 Last time I checked, December 2022 wasn’t April Fools month. No doubt somebody thinks it’s clever to falsely pretend buses will be faster, at a time when people are half expecting trains to be cancelled due to strikes. So it almost seems plausible that they might be, but that’s totally improper behaviour when the facts don’t justify the pretence.

Please stop misleading people and tell them the truth. If the Bus Only journey isn’t the fastest journey then it shouldn’t be the first and only journey to be in the initial display.

@harry I also note that a comparison of this route on Google Maps comes up with a £3.50 trip of : of only 51 minutes.

An obvious difference is: 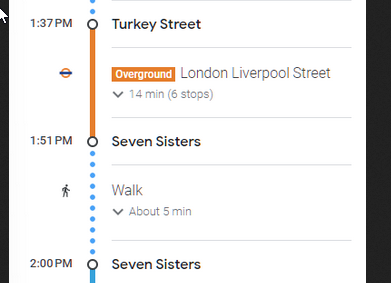 I’m sure google’s “5 minutes” is more than adequate to get between the Overground and Vic line platforms.

Perhaps “people” are existing the Overground part of the station, and walking down Seven Sisters Roads and using the tube entrance onto the High Road? 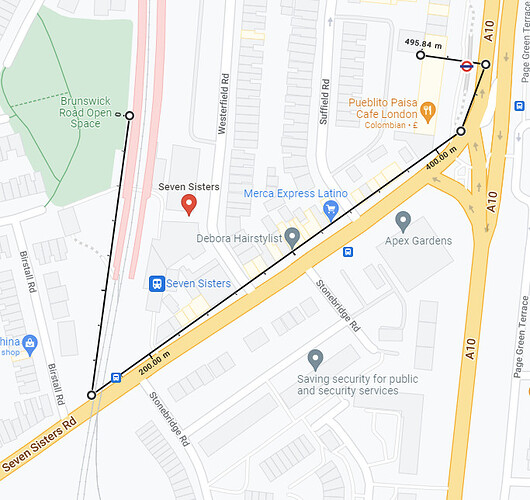 Of course, it’s a very quick and simple interchange… 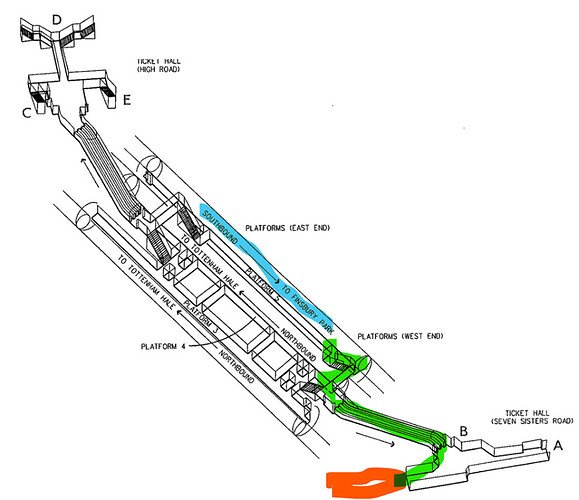 Perhaps “people” are existing the Overground part of the station, and walking down Seven Sisters Roads and using the tube entrance onto the High Road?

I thought for a moment you were right – because “people” sometimes are forced to do (or something very similar) when Spurs are playing at home. It’s very annoying and unfair on those who aren’t part of the spurs crowd. So that shouldn’t be happening today (and if it was, it ought to be described as a “disruption” not silently included as if it were standard behaviour).

But I checked and there are no home matches today.

But actually it turns out you are right:

However, none of this should be causing the unwanted Bus Only route to be falsely promoted as the fastest journey.

It’s very annoying and unfair on those who aren’t part of the spurs crowd.

They do the same here! The DLR stations are ALL accessible, except when they make Stratford International exit only without any notice, rendering the DLR network inaccessible.

But actually it turns out you are right:

Well that did have to happen once!

There seems to be a front end bug in the journey planner for some journeys where Bus Only result is shown above the “Fastest by Public Transport” results.

We’re currently investigating the cause and the scope of the issue and will let you know when we’ve made progress on the resolution.

There seems to be a front end bug

Doesn’t seem to be fixed at the moment:

Will it take as long to investigate this as Buses that disappear from predictions API - #23 by harry (which is actually a far more serious problem because it makes the API and countdown predictions unreliable and totally unusable for a large number of people in the Chingford area).

The bug mentioned in this thread appears to be an unintended side-effect of a recent bug-fix.

I’m meeting with the development team this week to ensure that it’s prioritised.

In terms of buses ‘disappearing’ - I was in the middle of writing a response to you last week - I’ll update that thread with details, however that is a completely different situation than this bug.

Has this been changed in the last few days?

Tonight I’m seeing something slightly different (but not a fix unfortunately).

The bus only journey is still wrongly at the top, but instead of saying “fastest … bus only” it is saying it’s “fastest by public transport” (which at 2 hours for a 50 minute journey is very clearly not true) 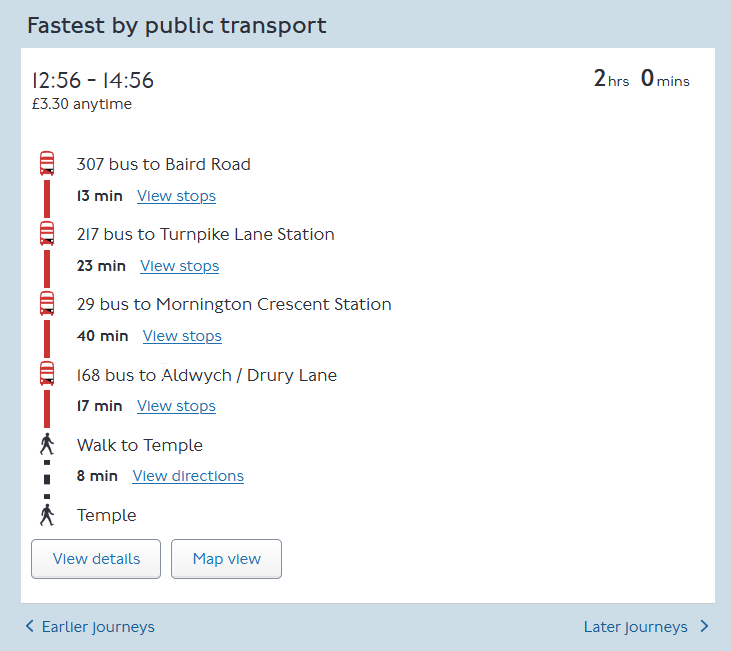 As before, Later Journeys brings up correct all-mode results that should have been displayed above the Bus Only journey: 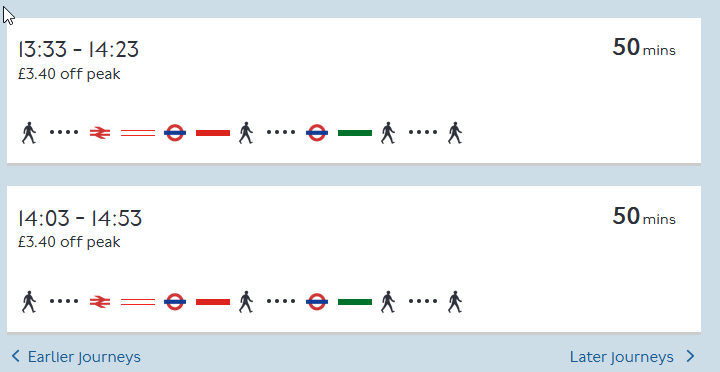