Since the timetable update in January, there don’t appear to be any tube services in the API feed for outer rail services on the Central line Hainault loop:

I can only ever see Inner rail services in the feed - Hainault TO Woodford.

There are no services showing Woodford TO Hainault.

There’s another issue too - those that do show up are labeled “Grange Hill via Woodford”, but they either terminate at Woodford (and thus disappear before arriving) or go out of service at Woodford and continue empty to Hainault depot.

The Outer rail - Platform 2 trains are definitely missing from the feed for the Hainault loop. Just heard another go by to Hainault but isn’t listed in the feed at Roding Valley:

Welcome to @danand725 to the home of TfL data troubles!

I’m going to make a wild guess that the problem is realated to the changes made to free up some extra capacity for Central London https://www.romfordrecorder.co.uk/news/central-line-to-reduce-services-between-woodford-and-hainault-1-6348464

I know that this section operates a train every 20 minutes, so perhaps it has just escaped someone’s attention that the short-form Central line trains being used aren’t showing up in the CIS.

This problem also seems to be reflected in /Line/Timetable for the Central Line:

Note the Grange Hill termination in here, which I think to be an error and also the lack of the return half of the Woodford-Hainault shuttle.

As a further complication, Woodford via Hainault trips (and return) are not shown. Also, there are no return trips from all the intermediate termination points, in either direction.

Wow, that certainly explains what I’m seeing! So what’s the next step, how do I contact TFl to advise them of this?

You’re right that the plan was to run 4 car units as a shuttle rather than continuing 8 car units around the loop. However we still have 8 car units due to a “gapping issue in the track” meaning 4 car units might get stranded!

Let’s give @jamesevans a shout out in a message and see if he’s around!

I guess it must be related to this … 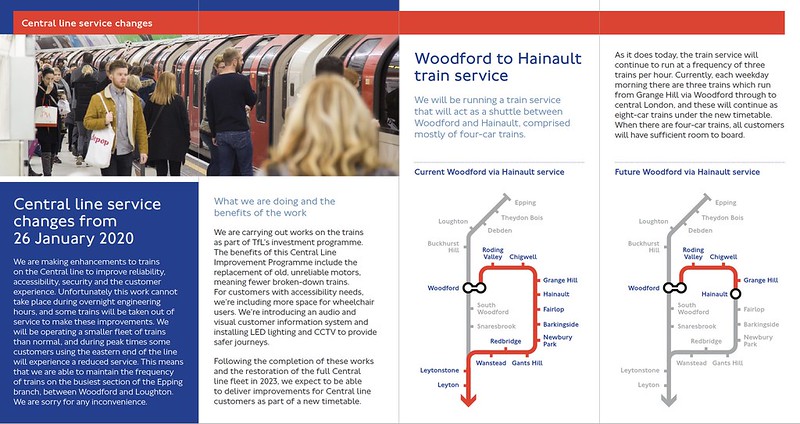 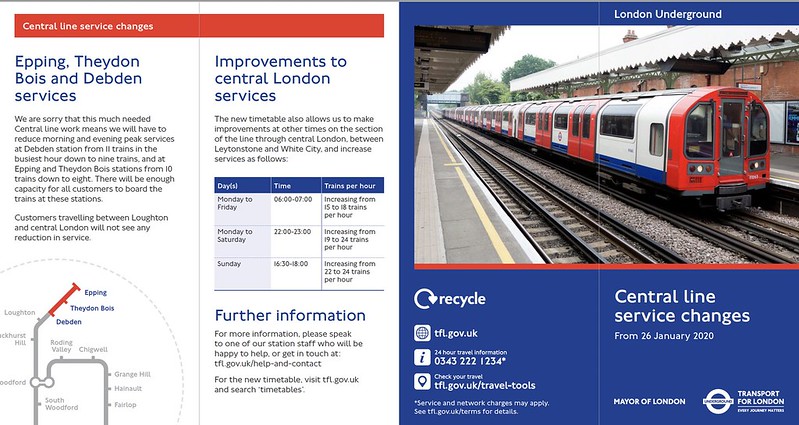 Now things seem to have changed.

There are still no Woodford -> Hainault -> Ealing Broadway services showing at all - they have been missing since I first posted at the end of January. However, I do now see Hainault services appear in the feed for Roding Valley that do not go via Woodford - they are Newbury Park services. They arrive at Leytonstone and then vanish.

I should add, you can see the effect on the Live Tube map:

Watch the loop - there are no clockwise services - despite the fact I can hear the trains out my window, so they do exist. Also, any “Hainault” services prior to Leytonstone are being shown as loop trains via Woodford when they are actually via Newbury Park to Hainault services.