Still confused which is why i couldn’t think anything to reply, assuming that the 308 would serve Bus Stop (X) towards Clapton Pond and being the other direction serving Bus Stop (S) towards Wanstead? 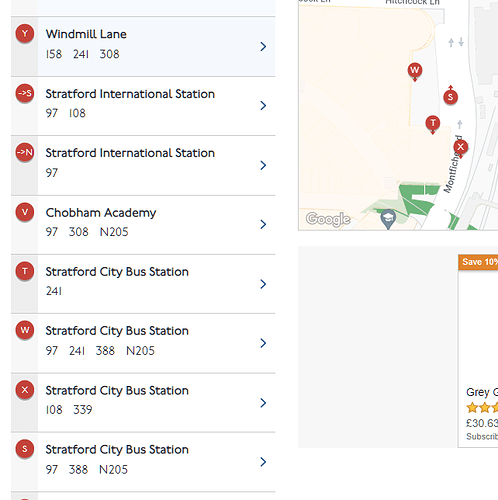 And here’s what Google StreetView says (stops S and U). 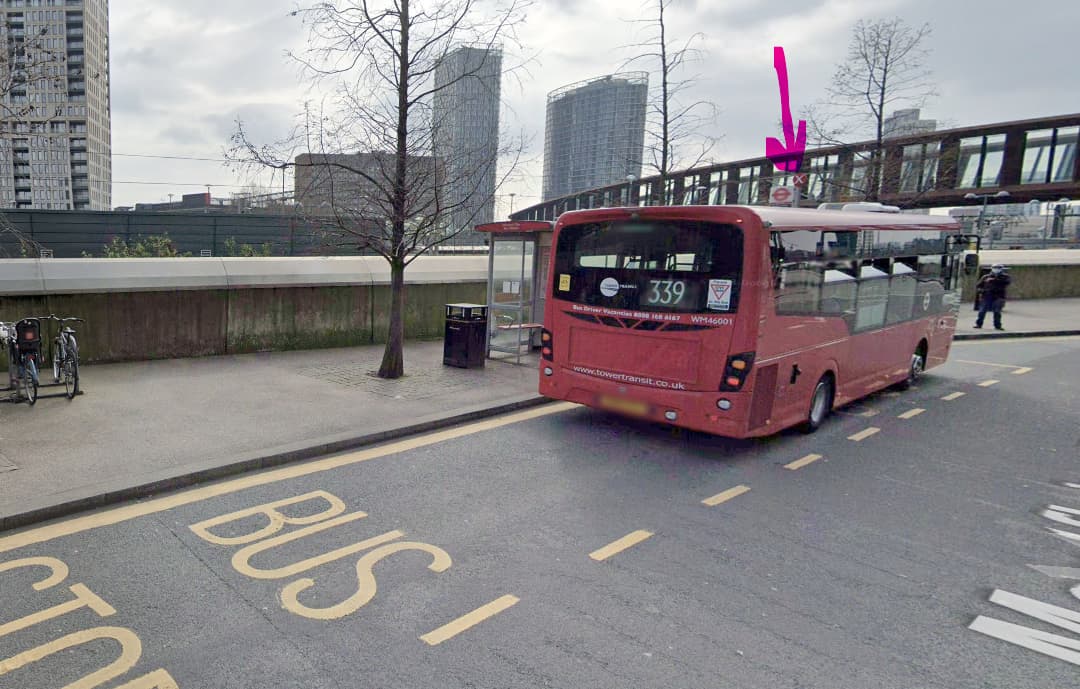 Sometimes (when the local soccer is on) the main road gets closed and bus stop X isn’t used.

Appears different in the API. which questions me to believe if the 159 would serve Brixton Station (Q) just because the API would show arrivals for this stop just like Stratford City.
I’m not too sure.

@jamesevans is there any proposed changes at Stratford City Bus Station? 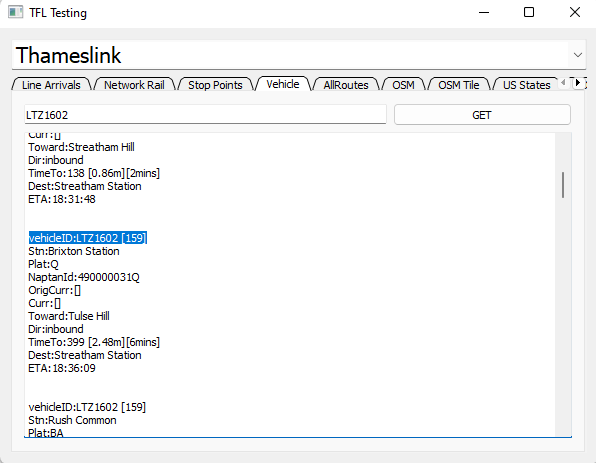 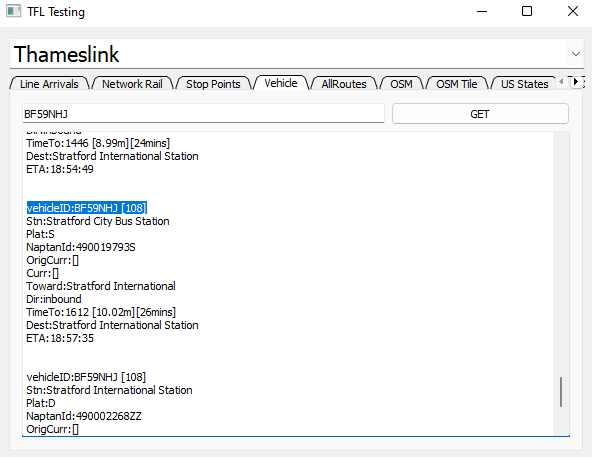 Interestingly, Google Maps has at least put the bus stops for Stratford City Bus Station in the actual locations, unlike the above TfL map which directs peoples to non-pedestrian areas. 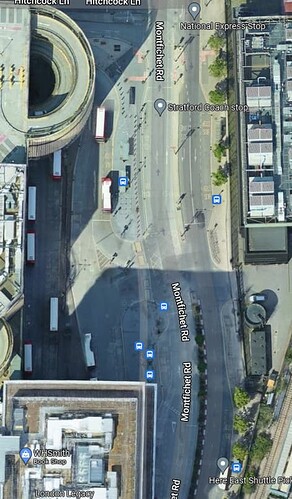 (Add to this that some cars turn into the “out only” portion of Hitchcock Lane (because I guess the little blue sign is hard to see) and it’s a wonder that no-one has been seriously injured around here.)

This is all a bit rum. London Vehicle Finder shows 308 buses due at the stops with SMS coded 91550 (towards Wanstead) and 91551 (towards Clapton), These are stops W and T, both within the bus station. This would be logical as buses would have to loop via the bus station. The service does not run past the bus station; it is a double run from the International Avenue junction to serve the bus station. So it would not be serving stops on Montfichet Road instead - even if it did it would save no time.

However, if I try to use Journey Planner to get a bus from Stratford City to Wanstead I am told to get a 241 to Windmill Lane and change to the 308! Also, the Countdown screen which comes up for either stop does not include 308 arrivals.

Just because LVF shows buses as due does not mean that they actually ever get there but I’m slightly bemused as to why LVF shows them at all if it is using the same feed as Countdown.

I’m wondering whether buses are missing out the double run to the bus station altogether and running direct between the Windmill Lane and Stratford International stops (and vice versa).

All in all, an odd disconnect somewhere but determining where is above my pay grade. 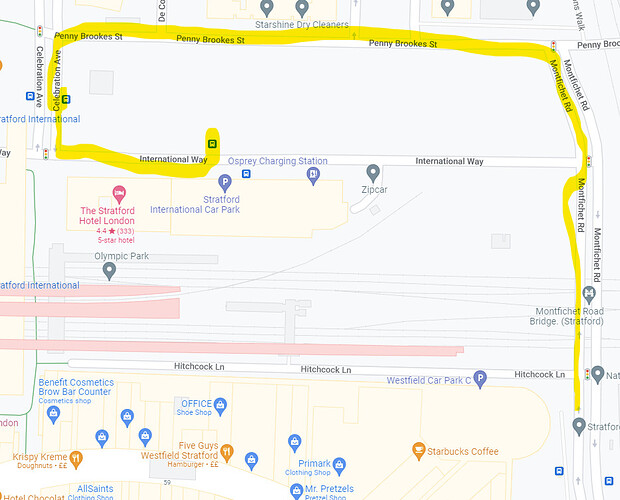 I have no idea where the 108 waits to mark time as it did before when it had a “Bus Station” to itself.

(As an aside, if the 108 bus tuned left into International Way and the returned via Penny Brookes Street, a bus stop at the bottom of Mirabelle Gardens would be usefully near where tens of thousands of people live, rather than a vacant lot. 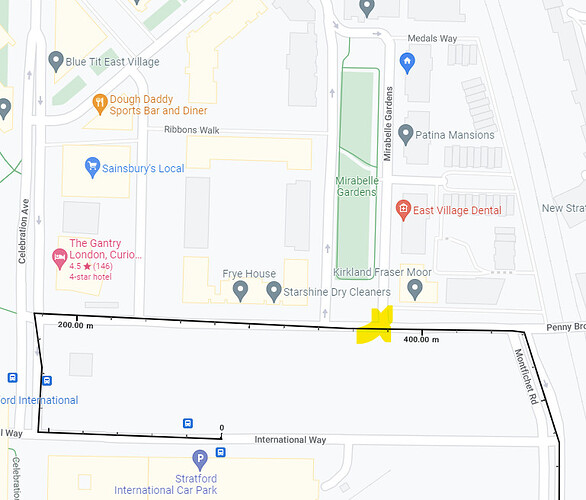 I’ve been to Stratford City and Victoria to see some of the lines serving at these stops, however isn’t the same on the API. Can this be looked into. Screenshots below. 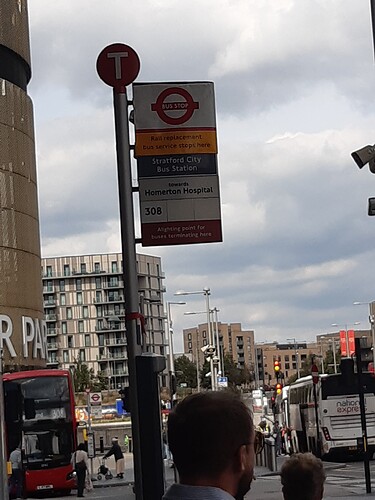 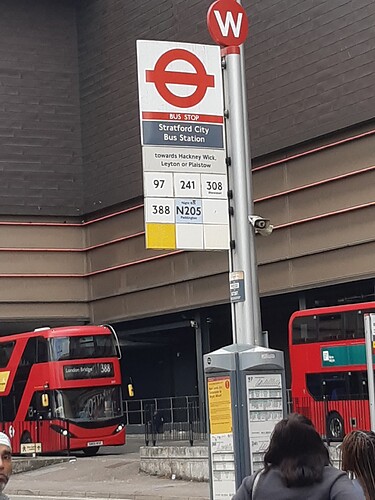 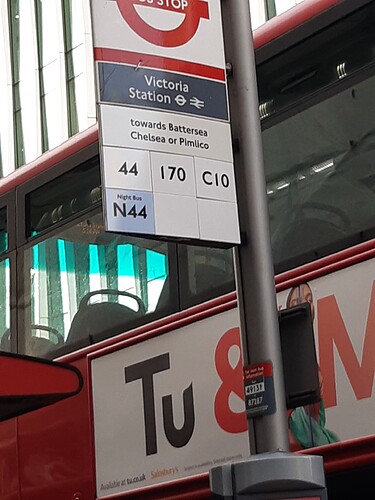 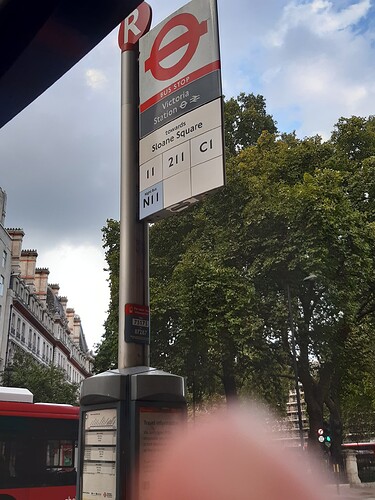 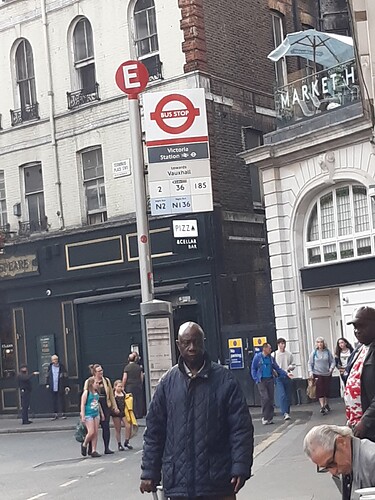 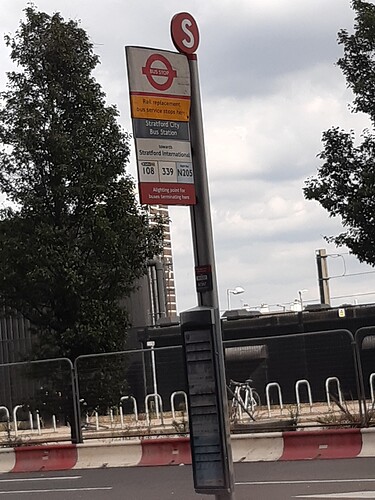 I’m a mainline driver and it’s very frustrating to me.