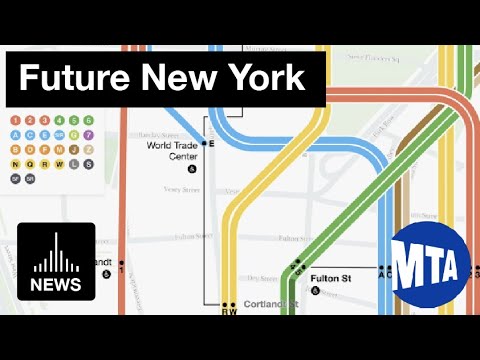 And I realised that it also solves - by morphing between diagrammatic and geographic at different zoom levels - the problem with the London one.

So, I was thinking back to the last time I was trying to sort out the London one, but reverting back to the idea of a circuit board with connections. 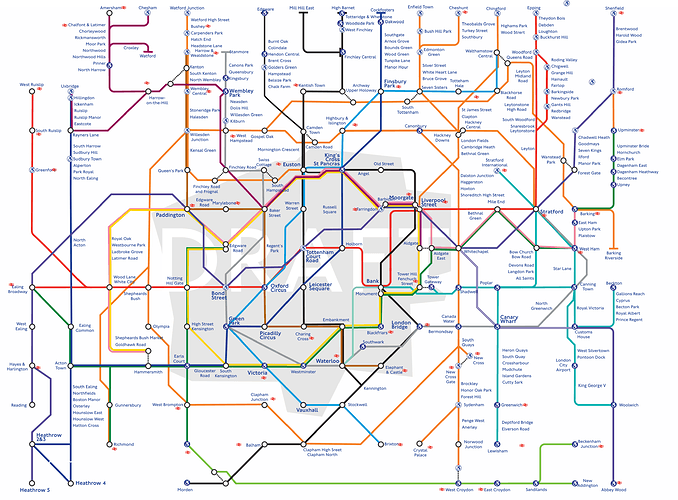 But is this the best way to start thinking about doing a similar dynamic map, or is it better to start with something more geographic like Google shows 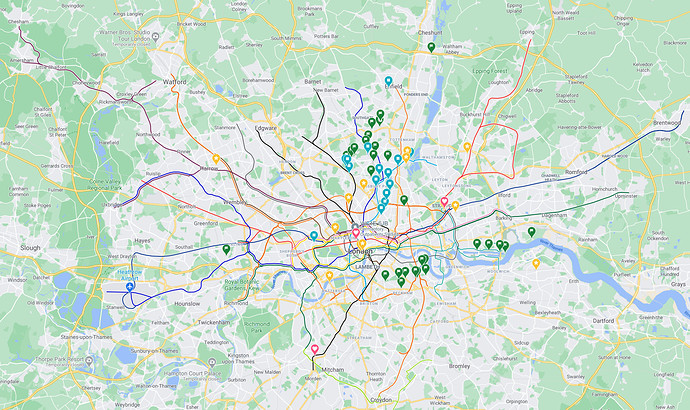 (The New York one also has a very cool idea - it can show the map in “Accessibility mode” where ONLY stations with accessible platforms are shown with the map bypassing stations with no access for disabled people. )

That’s a very interesting video. It had occurred to me that the ability to zoom could well be reducing the disadvantages of a geographical map for the central London area, also that it would be possible to have a map where you could choose to toggle between the two concepts.

I noted in passing that nothing was said about how the bus system fitted in. I was less sure about commuter rail, not knowing the system well enough.

What struck me most though was an implied difference in approach. In the UK, the general idea has been to get data of all types out there so the private sector can develop quality apps. The result is that there are plenty of apps out there which make their money out of adverts, either directly or by annoying people so much that they upgrade to a paid version. Of course there are resources which keen developers/enthusiasts have done for free.

For New York it appears that everything is being picked up in one fell swoop by one company working on a pro bono basis. The equivalent here would be TfL doing it all, or at least issuing one huge contract. It got me wondering what might already have been done with the subway data independently and indeed if the data are available in reusable form at all.

The advantage of what the UK did is that it must have sped up what then became available and also avoided the “huge contract” dangers that government procurement is notable for. The disadvantage is fragmentation. On the other hand, if NY works, it will surely have jumped ahead of London and it would be difficult for London to follow; once you have a range of revenue generating resources, the owners might well cry foul if the transport authority were, one way or the other, to provide a free resource which did the lot.