Unable to specify Harrow and Wealdstone in JP Via field

Try planning a journey from Euston to Watford Junction.

So, now try adding Harrow and Wealdstone to the Via preference. 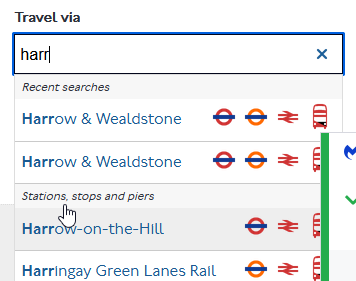 But in this case it’s much worse: the disambiguation stretches to three whole pages – and Harrow and Wealdstone isn’t even one of them.

Aha – H&W is geographically outside London (even though it’s a TFL station, so ought to be considered as part of London) so I try again setting the Outside London flag. It makes no difference.

Ah, but … it can be made to work with a bit of Mind Over Matter. Yes, you can have H&W as a Via – provided you refuse the proposed “Harrow & Wealdstone” station and manually retype it as "Harrow and Wealdstone. And no, it doesn’t accept it straight off and plan a journey – but it does at least now show H&W in the second disambiguation list.

I suggest there’s something wrong with the initial disambiguation, that either should enter the selection using and rather than &, or that the second disambiguation should understand and and & as synonyms of each other and skip straight through. 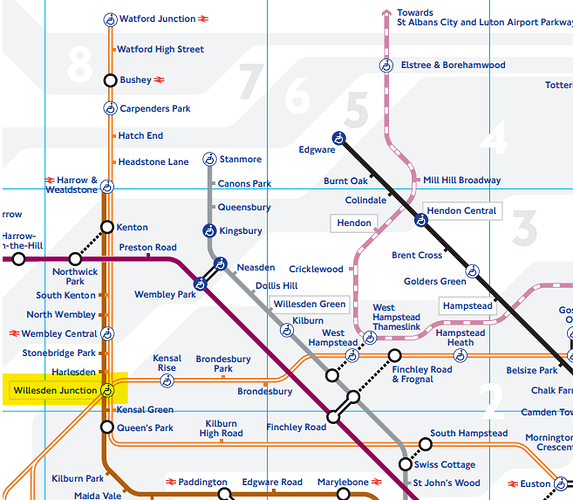 this is mainly because the trains that go to H&W are Southern ones from Clapham Junction and don’t interchange as your question implies. 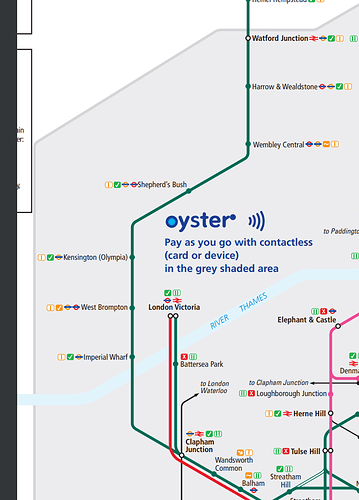 It will probably depend where you are starting from, and the time of day. But going via Tottenham Hale, Euston is a more obvious choice than Clapham or Willesden.

From Euston there are West Midland trains going towards Tring, about half of which stop at Harrow and Wealdstone on the way to Watford Junction: 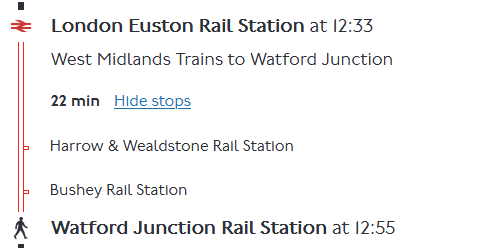 That’s in addition to the Overground, which takes 30 minutes for just the first 14 minutes of the same journey by West Midland.