Why are London Overground train platforms ALWAYS suppressed at Euston

Euston, we have a problem 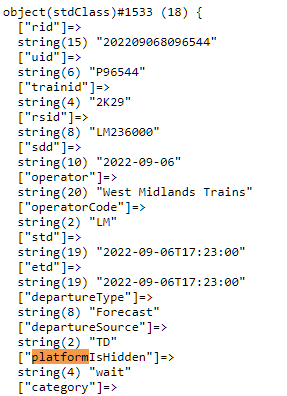 So this means us humans can’t find our trains: 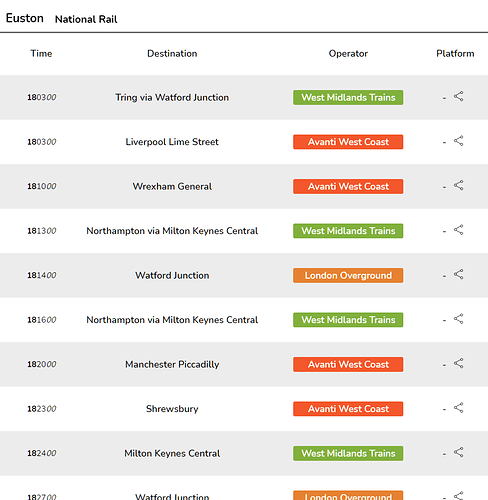 I’m sure this must be against the TfL policy for open data, isn’t it?

Platform suppression is done within the Darwin feed. We’ve recently been looking at this issue with trains on the new Elizabeth line section.

From what I understand, it’s usually the company managing the station (Network Rail?) will set these to suppressed so to manage passenger movements in a station.

I’ll see if I can get any details from Arriva Rail London (LO operating company) about this.

Given there is one London Overground platform it seems a very odd thing to do to supress it’s number.

Normally - until recently - the suppression was lifted once the train concerned was reading for boarding, but this seems to have stopped. But now the platform numbers are all hidden all the time.

I mean, I could dig into the daily timetables and work them out. It’s important - The Spark - Rory Sutherland and Pete Dyson on transport for humans - BBC Sounds - to remember that actual people use this data.

Other Network Rail managed stations (Birmingham New Street, Glasgow Central, Kings Cross, London Bridge, Leeds, Manchester Piccadilly and Paddington) appear to be disconnected too. This could be a software issue, or it could be a human issue. You might want to raise it with Network Rail. 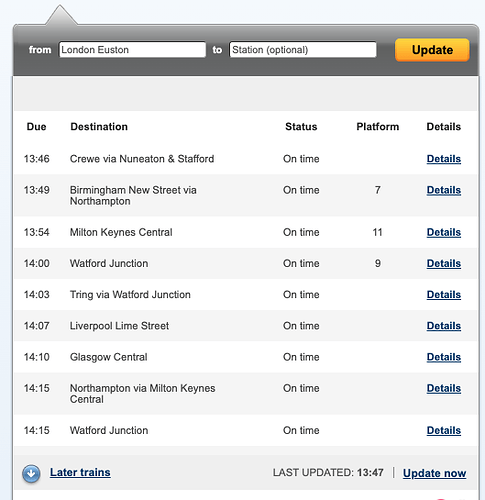 Not long after I posted about this on openraildata-talk, the CIS at Euston and some other Network Rail stations reconnected to Darwin and platforms appeared. I’m unsure if this is coincidence or not.

You obviously have some power of our friends at Network Rail