This post is more of a suggestion than anything else. It would be nice if we have the 5 digit SMS code added to the StopPoint data model in the Unified API. It seems a bit strange that we can query with the code but can’t get the value returned for the corresponding result. Would be useful for those who save StopPoint information locally in their applications. I’m trying to find ways to reduce the number of API calls my app makes.

Who still uses these codes? They are the most expensive way to get bus data!

New stops still get allocated a SMS code. I have a suspicion they are sometimes recycled.

They’re very easy to remember. Sometimes it’s useful if you’re at a stop you can still use an app to search for the code and it will still return the correct result (thanks to the Unified API)

I totally agree with you: easy to remember, handy when you want to add/search stops.
I don’t get why they’re so neglected. Besides these kind of ids are very common in cities around the world, there must be a reason.

, there must be a reason.

The reason is that 20 years ago people had phones with SMS and no GPS. Now almost everyone who has a phone has internet access, all-you-can-send SMS messages and Google Maps or something similar. No one needs to pay extra for static feeds of bus-only data when they can get this 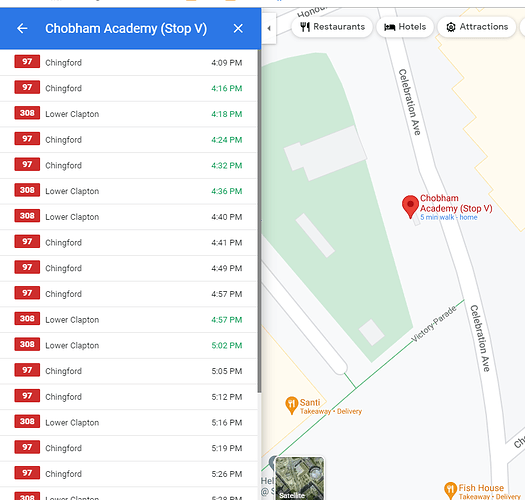 I’m not saying that it’s useful as a sms code and indeed it’s not but I think it’s still a valid unique identifier.
Most of the cities I’ve visited are using this kind of short ids which tipically consists of 5 digits.

In London the only thing people look for is the white-on-red big letter(s) to find their stops; and

They do, but annoyingly there are many stops that don’t have white-on-red letters.

Openstreetmap knows the codes for most stops, but you have to extract them from the API as no standard map shows them.

I’m not sure that this is rebuttal of my points?

I can pull up LVF and type in the code displayed on the stop far quicker than the GPS on my phone can locate me and feed it back to whatever website. Give LVF a try the next time you’re at a stop.

For each stop there are two associated NaPTAN identifiers, each unique within the UK

Outside of London, certainly in my part of Kent, the (Stagecoach) stops display the shorter NaPTAN code such as “kntgdgdj” which isn’t much better than it’s longer version of “2400A063210R”.